Eighteenth century immigration and pollution, gunshots across the marches, and one of the modern wonders of Wales.

The day had been forecast for rain, and so, given that, a few exhausting days before, and a backlog of writing and other work, I decided to have a day with no walking and lots of typing. However, by 2pm I found I had lots of writing under my belt and the promised rain was instead sunshine and blue skies, so I decided to add a few miles walking to the writing and set off on the 15:09 train to Flint.

I spent a short while on the shopping street by the station as I needed to get lithium batteries for the SPOT tracker. I had been told that there was a large Polish population and sure enough, amongst a relatively small number of shops was a Polish grocer and Polish off-licence. I’m not sure what brings the Polish population here, perhaps cheap housing and easy access to Liverpool for jobs. I recall my surprise some years ago, when I realised that the signs in Liverpool Airport were all in dual language: English and Polish.

Flint is not new to immigrant population. During the potato famine, there were so many emigrées in Flint that the area between railway and river was known as ‘Little Ireland‘ and became a no-go area, even in the 1930s, the only person who dared enter was the Catholic priest. 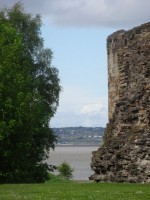 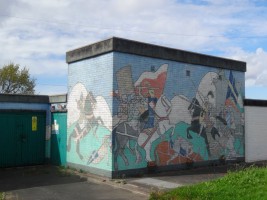 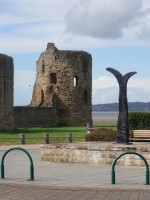 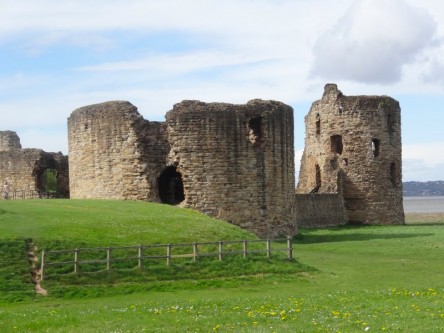 Flint has a long industrial history, originally smelting lead ores from the hills above and then later the home of cesspit chemical industries that were deemed too dirty for Liverpool. The air and sea were foul then, choking Welsh and Irish alike. It seems that even in the 19th century, Liverpool‘s most difficult problems were exported to North Wales. The chemical industry continued, although with increasingly less filth, until Courtaulds closed its doors in the 1970s. So now Flint is cleaner, but with no jobs and no prospects for the young.

The Coast Path takes you past the castle, one of the Norman marcher lords‘ castles, but destroyed by Parliament after the Civil War. The path then hugs the coast, sometimes along sea wall, sometimes areas where the bedrock is broken slag from age-old smelting. I am glad of the recent rain as I was told some of the earth here is so polluted the blown dust is noxious. In fact, the only time I smell noxious fumes, it turns out to be that I am passing a sewerage farm.

There are a number of inlets where small fishing boats lie tide-stranded on the grey mud. Some of these inlets were once major ports, shipping ores and passengers, but now silt-choked, tree-like channels cut across their soap-sheen surface. 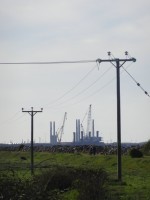 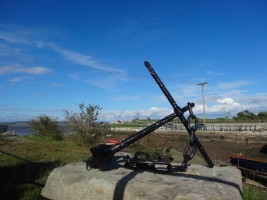 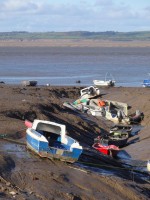 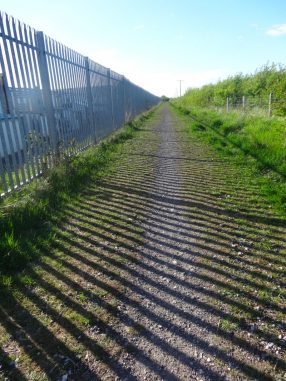 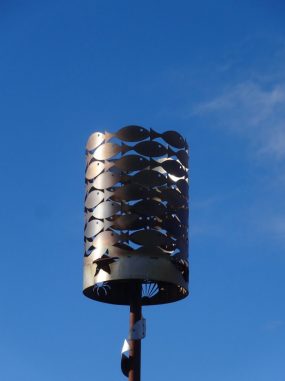 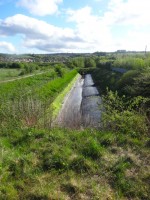 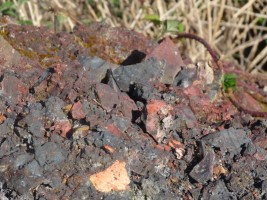 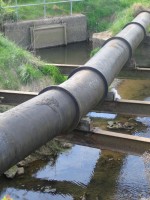 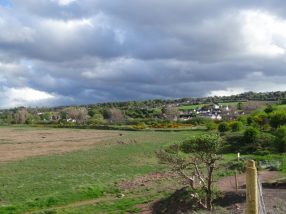 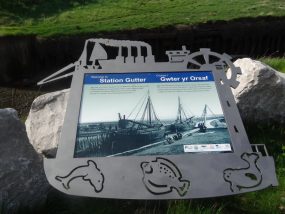 I pass the odd dog walker, and see a group of youths heading across the salt marsh, carefully stepping over the channels. Remembering the things I’ve been told about Flint, I am glad they are not on the path, and I notice myself taking photos half from the hip, so as not to flaunt the camera. The sense of paranoia distorts the most innocent of things and, as I see a man ahead taking his fishing rod from a case, I half imagine that it is a gun. Only, when I get closer I see that it is a gun, a powerful air-rifle, which he proceeds to fire across the marsh, I think aiming at birds. As I take photographs of the inlet, he looks at me suspiciously; I guess he does not have permission to use the gun in this way, so I do not take a photo of him, and move on my way.

After a short while beyond the business parks of ‘Greenfield‘, the path heads along a sea wall, protecting the fields to landward, which lie well below the high tide level. On the ground are occasional pieces of almost jet-black rock, with a slightly metallic sheen, I assume discarded remains of old ore workings. The wall stretches out with the cranes of Mostyn docks in the far distance, but between them and me, the object I had been looking forward to since the first train journey to Chester on Sunday, one of the modern wonders of Wales, urban art in the middle of nowhere, the Duke of Lancaster, a large ship stranded on the mud, its sides covered in Graffiti, a blue Transformer bursting out of its starboard side. 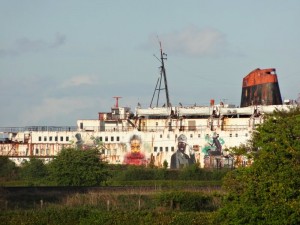 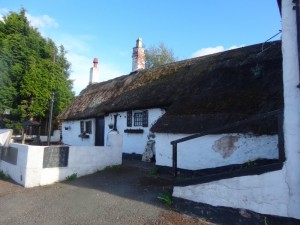 John on the train on Sunday said that it had been washed ashore after drifting and threatening the A55 and railway. However, when I popped into the Old Tavern Inn (another ‘Tavern‘), to wait for the bus, I found that in fact he had been conflating two stories. The Duke of Lancaster has been there since 1978 and at one stage was going to be turned into a casino; the ship that had been adrift was one carrying Airbus parts from Mostyn docks.

After getting the bus back to Rhyl station, I just catch the Llanfairfechan train, and on the way back, over Puffin Island off the north-east tip of Anglesey, the sun shines through jellyfish tentacles of rainfall. 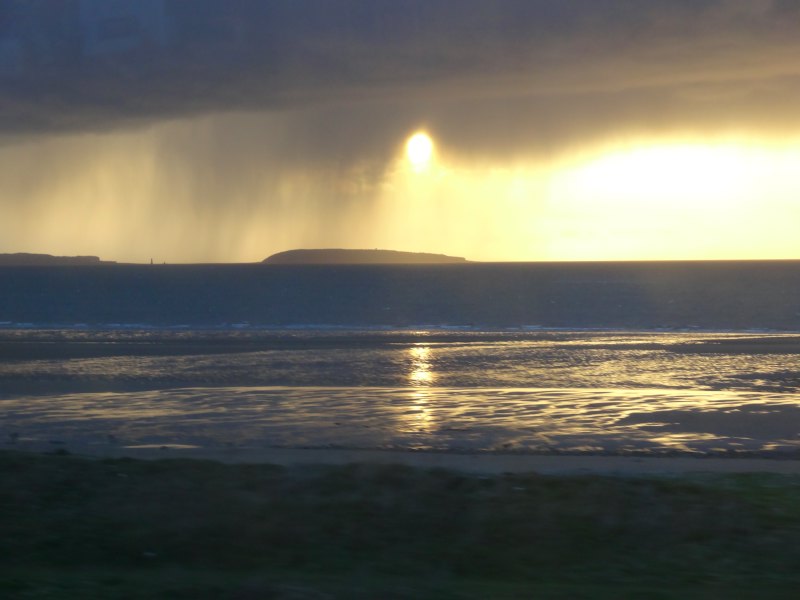