radical roots in the North West of Wales 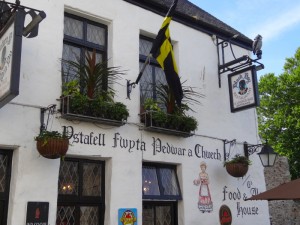 As I write I am sat in the Black Boy Inn within the walled town of Caernarfon.  The name does not seem very ‘PC‘, but the story is quite radical.  The pub is named after Jack Black, who was captured in Africa in the 1700s and brought to Wales.  He eventually married a Welsh girl, fathered seven children and is buried near Criccieth.  He is believed to be the first black man in Wales, and maybe would be forgotten if not for his eponymous inn.

It is a traditional pub, rich dark oak settles, the majority of voices speaking Welsh, and tempting smells drifting from the kitchen. Earlier, I went to the ‘Wal‘ to eat one of the fish finger sandwiches that Paul had recommended.  I must admit I was imagining white sliced bread and Birds Eye (which I would have also enjoyed), but this was definitely a different kind of fish finger sarnie!  So, even a few hours later, still replete, I simply savour the smells here at the ‘Black Boy‘.

In between I have been at Bocs where Alana, one of the artists exhibiting as part of the Spatial Threads exhibition, had been doing a workshop followed by a Q&A session. Rebecca, the Bocs arts centre coordinator acts as interviewer and MC for the Q&A session, enlivened by Eva, Rebecca‘s three-year-old daughter, while Yvonne records it all, her camera propped on a pile of books and India rubber as a makeshift tripod. 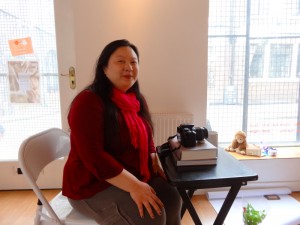 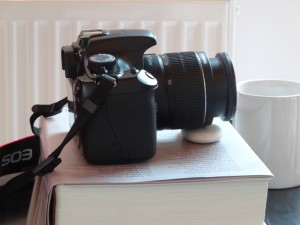 Alana‘s work involves manipulated fabric spreading into the space of the room.  Repetition is integral to her work, the structure being the result of innumerable basic stitches, and she is about to start a nine-month period experimenting with ceramics.  As she spoke in the Q&A and earlier, she talked several times about the creative power of encountering resistance of setting and material, and of establishing her own boundaries.

Alana‘s work spreads across the walls and the floor of the gallery space, and a small alcove is completely hung with rich boudoir-like drapes, which are inspired partly by the interior of the body.  Some viewers stroke the voluptuous folds, or brush their whole bodies, cat-like, against the alcove walls; others find the organic shapes threatening.  "I quite like the idea of them being spooked", she says, but also welcomes the warmer response.  I wonder whether it is the very fact that it sits on the emotional cusp between comfort and caution that gives it its edge.  The boudoir aesthetic is both sensuous and perhaps also touches on the erotic, where raw flesh meets raw flesh.

When not in the studio, Alana works at the Mostyn in Llandudno.  The Mostyn family owned large parts of the town, as well as, I assume, Mostyn Dock.  The Mostyn gallery was established in 1901 by Lady Mostyn to exhibit women’s work, as female artists were being refused entry to the established art circles.  I had not heard of this before, but it seems a really critical shrine of the development of women’s rights in the early 20th century.

Both Mostyn and the Black Boy Inn are reminders of a past that we would like to forget, but also that people can rise above their times.